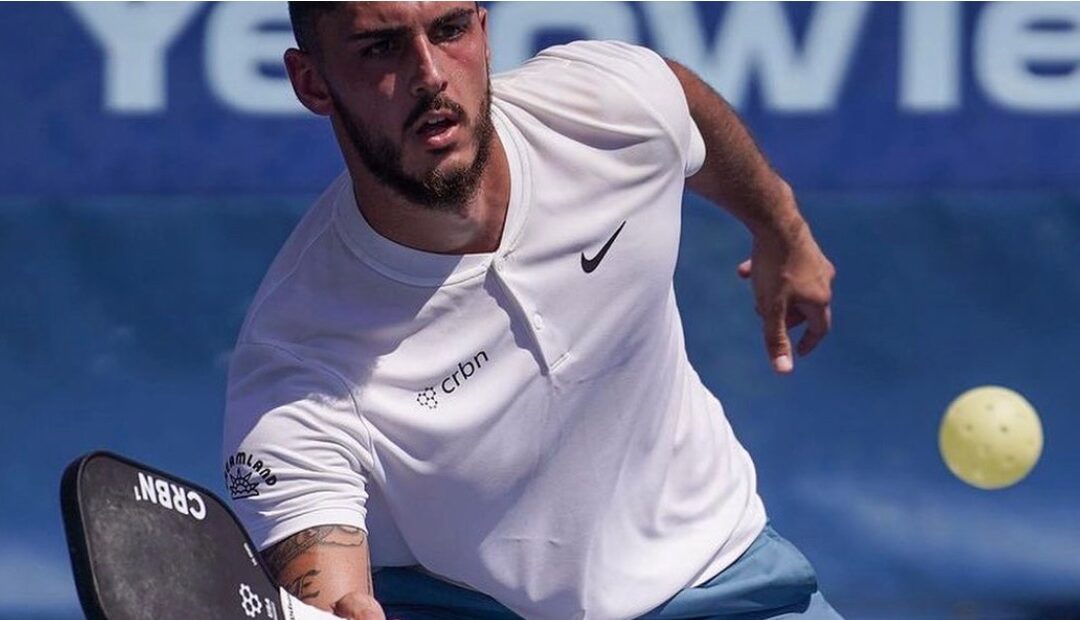 If you’re in Naples Florida for the US Open of Pickleball, I’m sure you’ve heard about all the “breaking news”. You probably are seeing it also on social media. CRBN paddles banned, etc. To others, you might be asking what’s with all the CRBN pickleball paddle buzz?

As a disclaimer, I’m not totally sure to be honest. There has been rumors around this paddle for a while. It’s definitely one of the hottest, if not the hottest paddle in the sport. Players are LOVING them for the combination of spin, power and control. There are two thickness options, 13mm for power and 16mm for control…along with two designs. The CRBN1 is more elongated where the CRBN2 has a wider face.

All I can tell you is that CRBN pickleball paddles are everywhere and people love playing with them.

My opinion is that CRBN broke into a maturing pickleball industry and is not one of the major sponsors of tournaments, etc. They are the new kid on the block. Like a rookie player in the NFL, NBA, MLB, etc. They are not one of the veterans and are disrupting to the incumbents. I say, “Nice work!” Improvements in every industry come from innovators and disruptors.

So, back to what happened. Several players at the US Open of Pickleball were told they could not play in the tournament with their CRBN paddles. Some of the big time pros! Can you imagine practicing every day with a CRBN in your hand then showing up to compete at an elite level only to be told you have to change out your paddle…right before you play? Ugh.

One rumor is that CRBN paddles have too much grit / spin. To me…they don’t compared to other paddles with a similar face.

Another rumor is that CRBN is not in “the club” yet so let’s pick on them.

If you are a CRBN pickleball paddle addict and if you play in tournaments, you may not be able to play with your favorite paddle going forward. The final verdict is not out yet, so stay close to the announcements. As you know, much like your favorite golf clubs, your pickleball paddle comfort factor is a major physical and mental crutch.

We struck a deal with Pickleball Superstore a while ago to be our major blog sponsor. If you need a new paddles fast, check out some of these options below and use the code PBINSIGHTS10 for 10% savings.

in November of last year, we got our hands on this paddle and posted a review. You can read that by clicking HERE. We wrote the review on the CRBN1 paddle as it was before the CRBN2 paddle was available. Take a look at the Spin study results as well. It’s a pretty badass paddle, if I’m being honest.

I also don’t think there is anything wrong with this paddle. It’s a carbon face just like others: Joola, Electrum, Gearbox, etc. To me, more will break around this story. Stay tuned because all I can say is, “Follow the money” on this one!

Good luck and have fun.