How to Beat a Pickleball Lobber 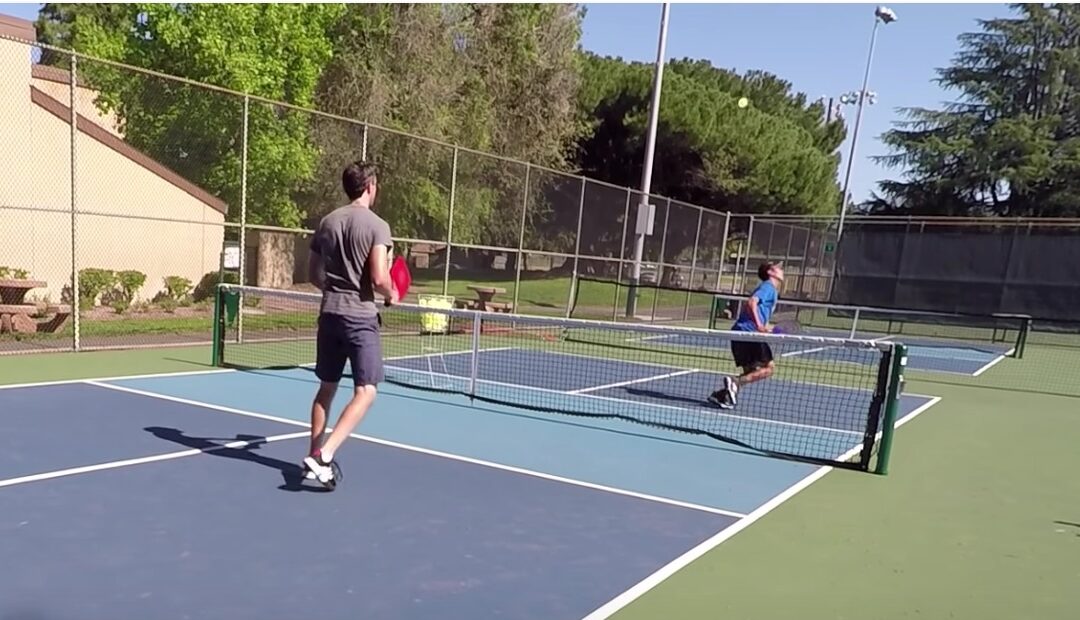 Lobbing in pickleball is generally more difficult when compared to lobbing in tennis. And it’s only made difficult due to the smaller court size. This article provides insights on how to beat a pickleball lobber.

As you are falling back to the baseline to hit the lob return shot, keep a few options in mind. Also, remember your footwork and angle are critical for which return shot to execute.

What follows is a more in-depth strategy that will help you and your doubles partner beat a lobber:

PERSONAL NOTE WHEN PLAYING A LOBBER

When playing a lobber I typically with create a micro-gameplan. Many times a lobber is comfortable only on their forehand. If this is the case, play shots to their backhand. Again, find a pattern, create a strategy then stay away from their lobbing tendency.

Stay patient, stay calm, use your head, discuss your opponents’ weaknesses with your partner – they may see something you don’t – and you will be able to take out a lobber no problem the next time you step onto the pickleball court.